Are you Balancing Business & Homeschool? 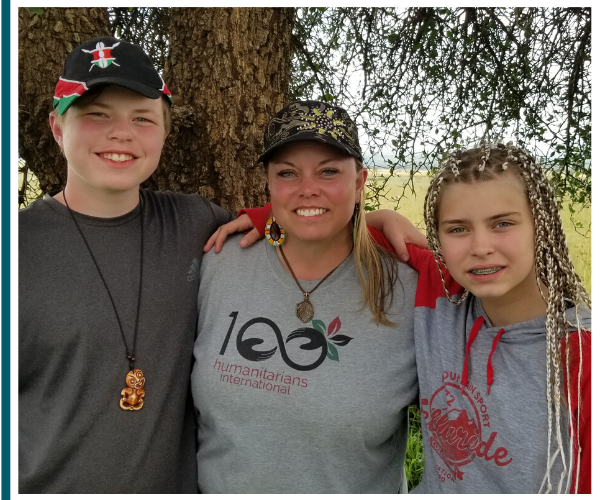 Hi, I’m Heidi Totten, best-selling author of Homeschool on Fire: Be the CEO of Your Business and Homeschool, and creator of The Homeschool System.

Many families are facing the challenge of what to do this year as they head back to school. Your school may be giving you a variety of options, including full time, part time, and online, and you may be wondering what will be the best choice for your family.

I've run three businesses and homeschooled on and off for the past 8 years. During that time, I've taken over 200 people, including my children, on 18 expeditions to Kenya, Africa with my organization 100 Humanitarians International. I've worked with over 300 people helping them build their online business, and I run an online platform with over 100 courses, and weekly opportunities to connect and expand your network. Needless to say, I'm pretty busy!

->>Then, watch the free training!

I hope that these resources will help you as you navigate the changing environment of education!

Get the Free Book Watch the Free Training

Homeschool on Fire: The Book

Homeschool on Fire: The Book

“Gentlemen, I’m done.” I pushed my chair back from the table and felt a huge wave of relief wash over me. It had been 18 months, and for at least six months I had been kicking against the pricks, so to speak, about what I wanted my future to look like. I had no idea what I would do next, but whatever it was, it would require extensive education on how to actually run a business.

It was late 2010 when I lit my hair on fire and started a business with two partners. Collectively we had more than 30 years of experience in technical recruiting, surviving the dot com bust and the 2008 bust and whatever busts had happened in between. Shortly before we launched, we collectively closed $300k in business at our previous company, so we had every reason to believe that we were going to rock this whole thing and come out zillionaires. We met on a weekly basis, building out a comprehensive business plan, discussing the clients we would go after ad nauseum, and picking titles. I was the CPO, which in retrospect should have been the writing on the wall. Just what IS a Chief People Officer, anyway? I digress.

I really had no idea what I was doing.

Sign up and get immediate access to Homeschool on Fire: Be the CEO of Your Business and Homeschool.

Unlock module
Modules for this product 1

Unlock module
Get the Book!

Enter your email address and we will send you a link to reset your password.